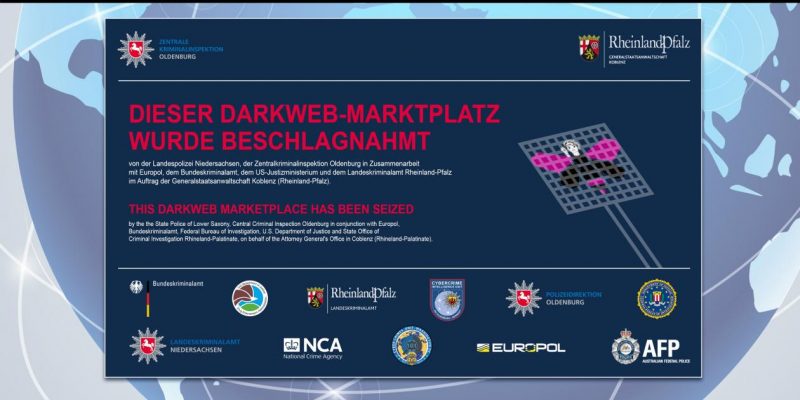 DarkMarket, the world’s largest black marketplace on the dark web, has been taken offline as a result of an international operation conducted by law enforcement from Germany, Australia, Denmark, Moldova, Ukraine, the United Kingdom (the National Crime Agency), and the USA (DEA, FBI, and IRS) with the support of the Europol.

The overall transactions correspond to a sum of more than €140 million.

The marketplace was an important point of gathering for online cybercriminals who are involved in trading all kinds of drugs, counterfeit money, stolen or counterfeit credit card details, anonymous SIM cards and malware.

In the German led sting operation, the Police in the northern city of Oldenburg, managed to arrest a 34-year-old Australian national who is the alleged operator of the DarkMarket.

The man was believed to operate it near Germany’s border with Denmark, the police also seized more than 20 servers used by the suspect in Moldova and Ukraine.

The press release published by Europol reads that the investigation, which was led by the cybercrime unit of the Koblenz Public Prosecutor’s Office, allowed officers to locate and close the marketplace, switch off the servers and seize the criminal infrastructure – more than 20 servers in Moldova and Ukraine supported by the German Federal Criminal Police office (BKA). The stored data will give the investigators new leads to further investigate moderators, sellers, and buyers.

The investigation is still ongoing and the data got as the result of the operation will be used to launch news probes again people involved the activity of the marketplace.