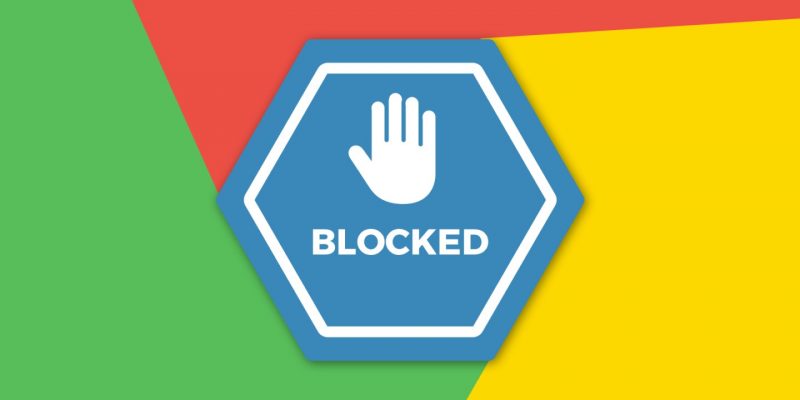 Google has announced that Chrome 71 will block all ads on sites that have repeatedly performed abusive behavior which will be releasing on 4th December 2018.

With the release of Chrome 64, Google has introduced features to block abusive advertising techniques. But even with these additional preautions, it is found that more than half of these abusive experiences were not being blocked by Google Chrome.

Google states that more than half of the abusive experiences are not blocked by their current set of protections, and almost all of them involve harmful or misleading ads.

So, starting this December Chrome 71 will begin to block all advertisements on web sites that repeatedly perform abusive behaviors.

A web site owner can decide if their site is performing any of the abusive user experiences by checking the Abusive Experiences Report in the Google Search Console.  This report will show periodic evaluations of an owner’s web site and whether any abusive experiences have been detected.

If a site fails this report, the site owners will be given 30 days to resolve the issues before Chrome will begin removing ads from the site.

Behaviors classified as abusive by Google

Any web site activity that includes being deceptive, lead to mistaken ad clicks, install malware or other unwanted programs, perform phishing, or display unwanted popups or redirects has been classified as an abusive behavior.

Ads or design elements that looks similar to chat apps, warnings, system dialogs, or other notifications that lead to an ad or landing page when clicked.

Page features such as scroll bars, play buttons, ‘next’ arrows, close buttons, or navigation links that lead to an ad or landing page when clicked.

Redirecting to another page without user interaction

If a web page redirects to another page without any user interaction.

Ads or page elements that display a fake mouse pointer which provokes the user to click on it or interact with it.

When web sites use hidden background or non-visible elements which when clicked takes you to an advertisement or landing page. These types of abusive experiences typically lead to mistaken clicks as users may click on an area by accident not realizing it would generate a behavior.

Ads or page elements that promote, host, or link to malware or unwanted software that may be installed on your users’ machines.

Ads with Missing or Misleading Branding

Ads that promote unidentified or fictitious businesses. These includes ads which is missing a company name, branding, and a logo even if a generic description is included.

Google Chrome 71 will automatically block ads on abusive sites, but the users can still decide if Chrome should block ads or not. Those users who wants to see ads on abusive sites can disable this feature by going into Settings and searching for “Ads” or by going to Settings -> Advanced -> Content -> Ads. They can toggle the setting for “Blocked on sites that show intrusive or misleading ads (recommended)” to “Allowed”.

Google advises that the users should not change this setting and must permit Chrome to continue blocking ads on abusive sites in order to protect you from malware and other unwanted experiences.