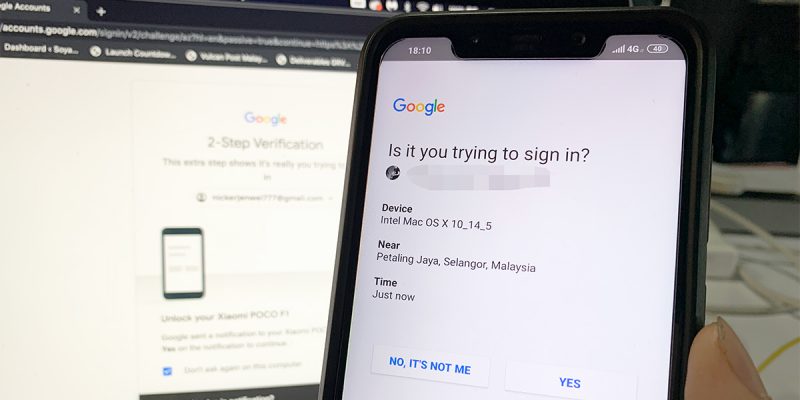 Google had announced an innovative technology in last April that would let Android users to use their smartphones as hardware security keys while logging into their Google accounts on laptops or desktops.

This technology was initially made available for Chrome OS, macOS, and Windows 10 devices. Now, the tech giant had announced that they are expanding this technology to iOS devices as well.

This would allow the iPhone and iPad users to use their (secondary) Android smartphones as a security key whenever logging into their Google accounts on an iOS device.

In order to use it, the users must have Bluetooth enabled on both their iOS and Android devices, so the Android smartphone can sign and authorize any login attempts for Google accounts initiated from the iOS complement.

The only difference in the login mechanism, is regarding the one who manages the login operations. On desktops and laptops, the Chrome browser is used to communicate with the Android phone’s built-in security key over Bluetooth using FIDO’s CTAP2 protocol.

Since there is no Chrome browser on iOS (Chrome for iOS actually runs on WebKit which is a customized Safari), for iOS devices, the Chrome browser will be replaced by Google’s Smart Lock app, which the users need to install on their iOS devices.

Google has posted instructions on their blog post, to help the iOS users to set up their Android smartphones as a security key for iOS devices.

Telegram hit by cyber-attack from China during Hong Kong Protests