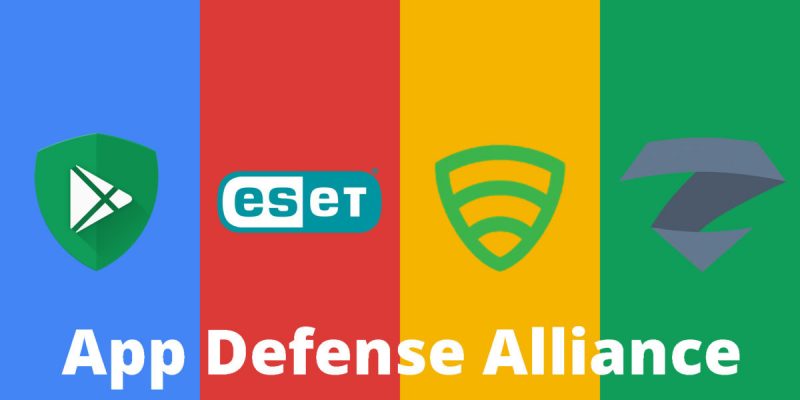 Google announced that it has partnered with three private cyber-security firms, ESET, Lookout, and Zimperium to start a new project called the App Defense Alliance.

According to Google the main aim of this new project was to unify malware and threat detection engines and improve the security scans that Android apps go through before being published on the Play Store.

At present, when an app developer creates and submits an Android app to be listed on the official Play Store, the app is scanned by Google employees with a system called Bouncer and another called Google Play Protect.

Earlier, Google said that it was possible to detect thousands of malicious Android apps submitted to the Play Store by both these systems.

Even though this system was efficient, it was not perfect, and many malicious apps sneaked through across the years, from banking trojans to ransomware strains.

Malicious apps succeeded in reaching the official Play Store by using a multi-stage delivery system (malware droppers), where the actual malicious app is downloaded at a later time after the user has installed an apparently innocent app.

Another method that was practiced was using something like timers, where any malicious behavior is delayed by hours or days to avoid the malware from being detected while undergoing testing at Google.

So, Google has now taken the first step to fix this issue. Dave Kleidermacher, VP, Android Security & Privacy stated in a press release that they are integrating their Google Play Protect detection systems with each partner’s scanning engines in this alliance.

This will generate new app risk intelligence as apps are being queued to publish. Partners will analyze that dataset and act as another vital set of eyes prior to an app going live on the Play Store.

According to ESET security researcher Lukas Stefanko, in September 2019, 172 harmful apps were discovered on the official Play Store, with over 335,952,400+ installs on user devices. Assuming the numbers for the total year, it comes to around 2,500 malicious apps and almost 3.8 billion malicious installs. These are something which should not be ignored.

Trend Micro says one of its employees exposed customer data