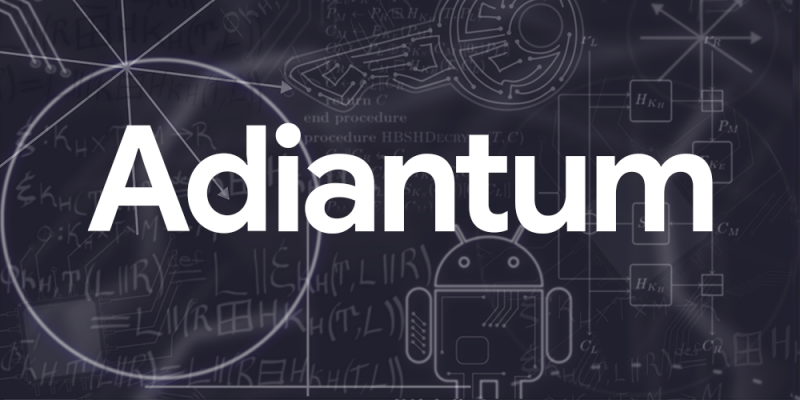 A new encryption algorithm has been developed by Google especially for the mobile phones and smart IoT devices which does not have specialized hardware to use current encryption methods to encrypt locally stored data effectively.

Encryption is expensive because it causes performance issues mainly for low-end devices which does not have hardware that support the encryption and decryption process faster.

Securing our data is of great concern nowadays and encryption has to be done efficiently, but using a device which is slow that takes longer time for the apps to launch is not ideal.

At present Android OS supports AES-128-CBC-ESSIV for full-disk encryption and AES-256-XTS for file-based encryption, and it is mandatory for device manufacturers to include AES encryption on almost all the devices that are shipped with Android 6.0 or later versions.

But several low-end devices which are available now are excluded from using encryption due to poor AES performance (50 MiB/s and below).

In order to resolve this issue, Google came up with the “Adiantum,” which is a new form of efficient storage encryption that can protect local data without slowing down devices that don’t support hardware-accelerated cryptography.

The ChaCha stream cipher is very much secure and faster than Advanced Encryption Standard (AES) when hardware acceleration is unavailable, because it depends on operations that all CPUs support—additions, rotations, and XORs.

Adiantum will become the next widely accepted alternative that offers maximum security together with sufficient performance on lower-end ARM processors.

Google looks forward to making the next generation of phones and smart devices more secure by allowing all devices like smartwatches and Internet-connected medical devices to encrypt users’ sensitive data without compromising on the performance.

More details regarding Adiantum can be found in the Google Security blog post.