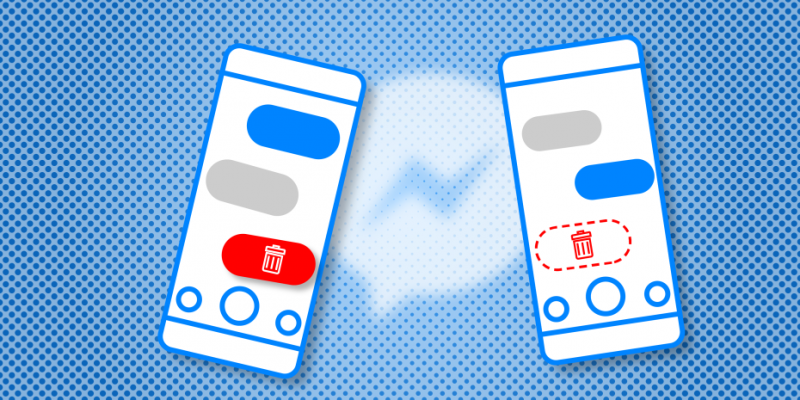 Many times, you must have sent a message in Facebook Messenger accidentally to a wrong person or group or sent some message or photo for which you regret later for sending it. In those cases, nothing could have been done one such messages are sent. But now, the happy news is that there is a new option in Facebook to remove such embarrassments.

Facebook has now started an option to delete text messages, photos, or videos in its Messenger application from 5th February onwards.

Using the unsend feature the user can now delete a sent message within 10 minutes of sending it, for both personal and group chats.

Earlier there was an option in Facebook Messenger to delete the message, but such messages can be still viewed by the recipient. But in the latest feature, there are two choices “remove for everyone” and “remove for you,” which provides more control over the messages already sent.

In case the message has been viewed by the receiver immediately on receiving it, even before you delete the message, then obviously the unsend feature is not going to help.

If you need to unsend a message it is best to quickly act once you send it and before the receiver views it.

This unsend feature works for photos and videos sent as well. The Remove for You option is similar to the older Delete option.

Similar to WhatsApp, a message will appear that notifies everyone in the conversation that the message has been removed. The only thing you need to do is that the messages has to be unsent within 10 minutes of sending it.

Android Devices can be hacked by opening a PNG image