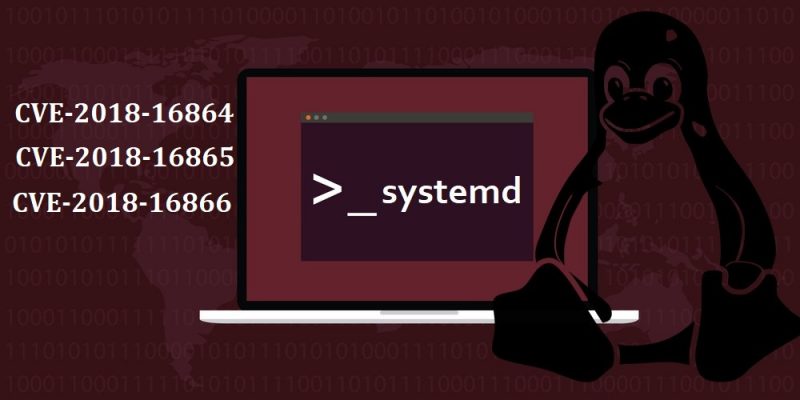 Three vulnerabilities have been found in the system service part of ‘systemd,’ which is a core component in Linux that manages system processes after the boot process.

The vulnerabilities reside in ‘journald’ service that collects and stores log data which can be exploited to obtain root privileges on the target machine or to leak information. It is surprising that no patches are available at present.

The bugs have been disclosed by the security researchers at Qualys. The flaws include two memory corruption vulnerabilities (stack buffer overflow – CVE-2018-16864, and allocation of memory without limits – CVE-2018-16865) and one out-of-bounds error (CVE-2018-16866).

The researchers managed to get the local root shell on both x86 and x64 machines by exploiting CVE-2018-16865 and CVE-2018-16866. The exploit worked faster on the x86 platform, achieving its purpose in ten minutes while on x64 the exploit took around 70 minutes to complete.

Qualys has decided to publish the proof-of-concept exploit code in the near future, but they have already provided the details on how they managed to take advantage of the flaws.

According to the advisory, all systemd-based Linux distributions are vulnerable, but SUSE Linux Enterprise 15, openSUSE Leap 15.0, and Fedora 28 and 29 are not exploitable because their user space is compiled with GCC’s -fstack-clash-protection.

On Debian, only the information leak (CVE-2018-16866) vulnerability has been fixed in the unstable systemd 240-1 release. However, the severity of these flaws is not established currently.

Red Hat has assigned the security impact ‘Important’ for the memory corruption vulnerabilities, with severity ratings of 7.4 and 7.5.

The out-of-bounds (OOB) glitch leading to information leaks is given a ‘Moderate’ severity with a rating of 4.3.

Red Hat Enterprise Linux 7 and Red Hat Virtualization 4 are impacted by all three vulnerabilities but the OOB won’t be fixed in the latter platform.