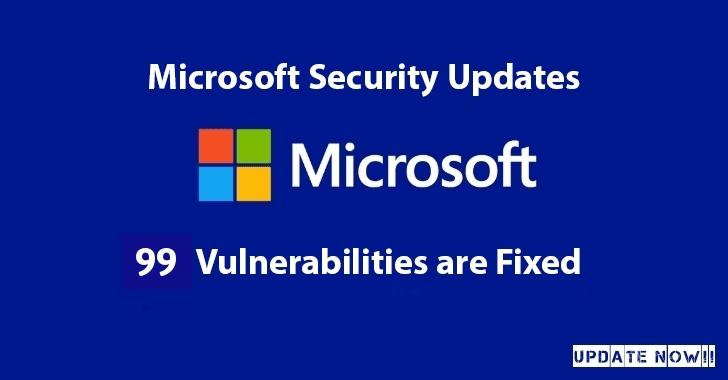 Microsoft has released the February 2020 Patch Tuesday security updates which include fixes for 99 vulnerabilities. This patch is considered to be Microsoft’s biggest Patch Tuesday until now.

The main fix of this month’s security update is for CVE-2020-0674, a zero-day vulnerability in Internet Explorer.

Microsoft revealed about an ongoing attack in January where hackers used this IE zero-day. But a patch was not provided for the same at that time and so the patch is included with this month’s cumulative security updates.

Besides, there are 98 others, of which, 11 bugs have received a severity of “critical,” the highest available.

Most of the critical bugs are remote code execution and memory corruption bugs in services such as the IE scripting engine, the Remote Desktop Protocol service, LNK files, and the Media Foundation component.

Even though this month’s patches are bulkier than ever, there is no flaw which needs to be addressed in a hurry like before.

Since Patch Tuesday updates are delivered in bulk, when the user accepts the month’s fixes, it will automatically install patches for all the 99 security flaws at once.