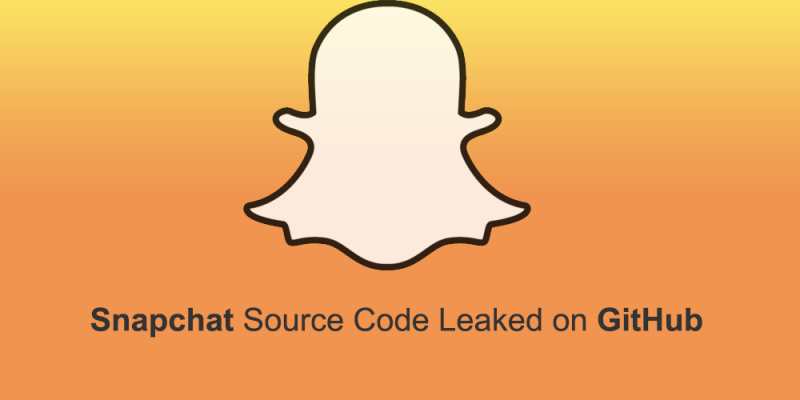 The popular social media app Snapchat was hacked recently and its source code was published online in the Microsoft-owned code repository GitHub.

A GitHub account with the name Khaled Alshehri and uses the alias i5xx claims to be from Pakistan, created a GitHub repository called Source-Snapchat with a description “Source Code for SnapChat,” and published the code which appears to be Snapchat’s iOS app.

The code could potentially expose the company’s extremely confidential information such as the design of the messaging app, how it works and the latest features that are planned for the app.

Snap Inc. which is the parent company of Snapchat’s replied to the leaked source code by filing a copyright act request under the Digital Millennium Copyright Act (DMCA), helping it takedown the online repository hosting the Snapchat source code

Snap told several online news outlets that an iOS update in May exposed a “small amount” of its iOS source code.  The company have identified and rectified the mistake immediately, but it was discovered that some of the exposed source code had been posted online.

It is evident that the online user behind the source code leak created the Github account with the purpose of sharing the Snapchat source code as nothing else was posted on the account before or after the Snapchat leak.

Also some posts on Twitter by two people, one based in Pakistan and another in France who appear to be behind the i5xx GitHub account suggested that they tried to contact Snapchat about the source code and expecting a bug bounty reward.

Since they did not get any response from the company, they threatened to re-upload the source code until they get a reply from Snapchat.

The source code has been taken down by GitHub and will not be restored unless the original publisher comes up with a legal claim proving he/she is the owner of the source code.

The issue is not rectified completely as the Snapchat source code is still in the hands of malicious users and there are chances that they could re-publish it on other online forums.