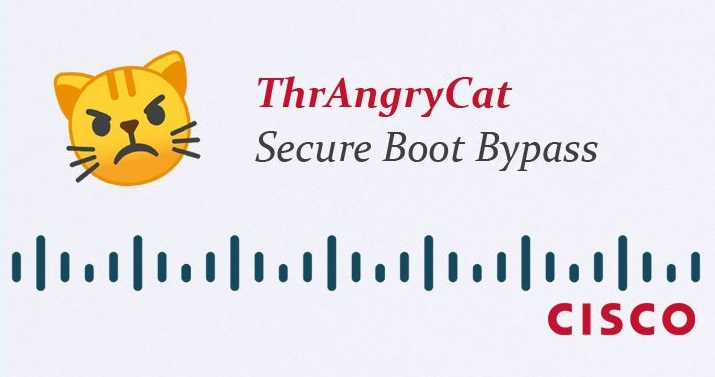 A vulnerability named Thrangrycat, was revealed that permitted the attackers to implant persistent backdoors on Cisco gear, even over the Internet, without any physical access to vulnerable devices. This vulnerability affects the Trust Anchor module (TAm) which is a proprietary hardware security chip part of Cisco gear since 2013.

This module is the Intel SGX equivalent for Cisco devices. The TAm runs from an external, hardware-isolated component that cryptographically verifies that the bootloader that loads and executes on Cisco gear is authentic.

The security researchers from Red Balloon Security have discovered a method to attack the TAm through one of the data streams running in and out of the component — by manipulating the Field Programmable Gate Array (FPGA) bitstream.

To modify this bitstream it is necessary to have root access to the device which means that the hackers can use the Thrangrycat vulnerability to modify the TAm unless they already compromised Cisco devices to the core.

Normally most of the devices would be safe. But if an attacker chains a security flaw that allows them to get access to Cisco gear as root, then this vulnerability arises and becomes a problem for device owners.

The same Red Balloon Security team also found a remote code execution flaw in the web interface of the Cisco IOS XE software that runs on Cisco devices, which can be used to gain root access on Cisco routers and switches.

So, by combining Thrangrycat (CVE-2019-1649) with this remote code execution flaw (CVE-2019-1862), it is possible for a hacker located anywhere on the internet to take control over devices, gain root access, and then disable the TAm boot process verification, and even prevent future TAm security updates from reaching devices.

This lets the attackers to modify Cisco firmware and plant persistent backdoors on targeted devices.

Researchers stated that this vulnerability was tested only with Cisco ASR 1001-X routers, but it is believed that any Cisco device running an FPGA-based TAm is vulnerable.

The security updates for both vulnerabilities have been issued by Cisco and the Cisco Thrangrycat security advisory lists devices Cisco believes are impacted, along with available firmware patches. The security advisory for the RCE bug in the Cisco IOS XE web UI also has a form that enables the device owners to check if their version is vulnerable or not.

Any attacks exploiting these flaws are not detected by the company. Since proof of concept code to demonstrate both flaws are available in the public domain, it is expected that the attacks might take place eventually.