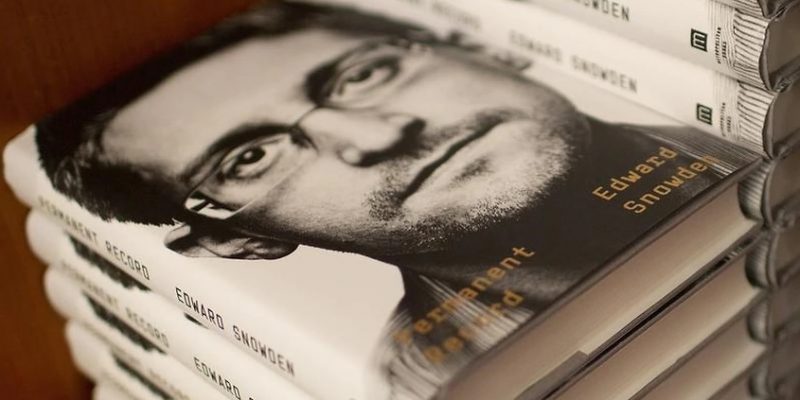 Edward Snowden, a former contractor for the Central Intelligence Agency and National Security Agency has been sued by the US Department of Justice for violating non-disclosure agreements which he had signed with the NSA and the CIA.

The reason for this civil lawsuit is for publishing Snowden’s new memoir book, entitled “Permanent Record,” without submitting it to the agencies for pre-publication review.

The US government claims that according to contracts Snowden signed with the NSA and CIA, he was supposed to submit the book for review and approval to the US government before publication.

This clause is standard in all government intelligence worker contracts and was introduced to prevent former agents from disclosing classified information in memoirs or works of fiction.

The US department of Justice however does not want to block Snowden from publishing and selling the book but instead seeks to recover all proceeds earned by Snowden.

Besides Snowden, three publishers carrying Snowden’s book were also considered as defendants in the civil lawsuit.

The DOJ stated in a press release that The United States is suing the publisher mainly to ensure that no funds are transferred to Snowden, or at his direction, while the court resolves the United States’ claims. This lawsuit will ensure that Edward Snowden receives no monetary benefits from breaching the trust placed in him.

Ben Wizner, director of The American Civil Liberties Union’s Speech, Privacy, and Technology Project and one of Snowden’s attorney criticized the US government’s vague attempts to get back at Snowden. He posted in a blog that the book contains no government secrets that have not been previously published by respected news organizations.

This civil lawsuit is separate from the criminal complaint that US officials filed against Snowden. Back in 2013, Snowden was formally charged by US for leaking classified information about US mass surveillance programs to the media.

During that time, Snowden had already left the US and was living in Hong Kong. Later he relocated to Russia where he received political asylum.

Snowden worked as a contractor for the NSA, from where he took classified information and later leaked it to international media in 2013 and through the subsequent years. His leaks exposed the US government’s internal and foreign surveillance programs and cyber operations.

You Can Now turn off Facebook Facial Recognition Feature