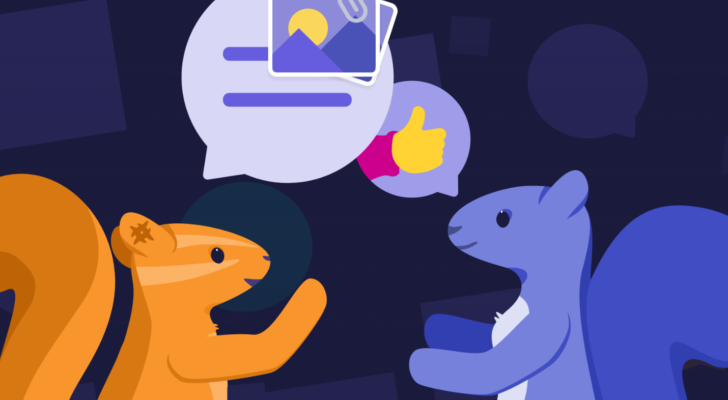 Yahoo has quietly launched a new iOS and Android messaging app called Squirrel. This app is currently an invite only group messaging app that is focused on friends, family and work groups who wishes to send messages and share photos, links and other media.

The access to any group is through invitation only by inviting the people in your contacts using a link. Squirrel was first spotted by AndroidPolice, and Oath (Yahoo’s parent company) has confirmed to us that the app is in test mode. The initiation of a conversation group is also currently in invitation-only mode, and it requires a Yahoo login to get started.

Squirrel is trying its hands-on group experience first rather than offering a direct messaging option to users with a group option tacked onto that. Those in a group get access to a main room, and have the option of creating side-rooms for separate topics or conversation threads, which can potentially include 1:1 conversations. The rooms that you are not interested can be muted, and those who are given administration rights can alert for priority messages. All activity in a group also gets logged in a separate feed that highlights your mentions.

Squirrel looks more like a consumer-friendly version of popular chat app Slack. When this app starts working, it will have to compete with the messenger apps like WhatsApp and Facebook Messenger, each of which have more than billion users and also allow group messaging. It’s a long step for Squirrel ahead of it.