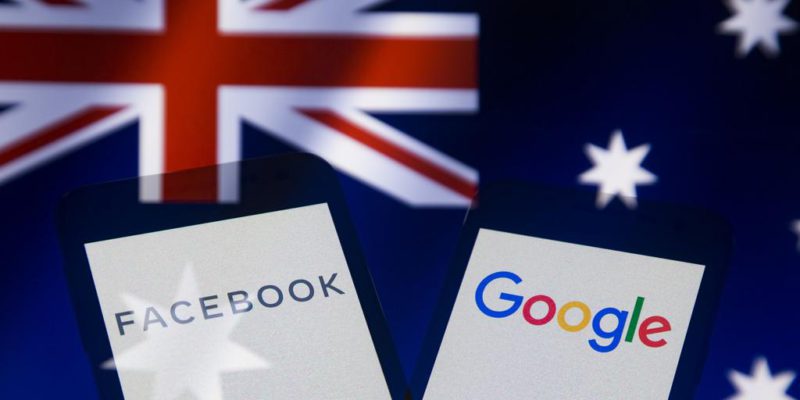 According to the new law called the News Media and Digital Platforms Mandatory Bargaining Code, Google and Facebook are required to negotiate licensing agreements with publishers for the news articles that appear on Google search and Facebook’s feed.

The new code has seen fierce opposition from the two tech giants. There has been conflict between Australia and the internet titans for a long time. At one point, Google threatened to pull its search product out of the country, only to cut deals with Australia’s biggest publishers for an estimated total of well over AU$60 million ($47 million).

Similarly, Facebook also decided to cut news out of feeds in Australia for five days before pledging to restore it after the government offered concessions to the code. Facebook says it will begin to restore Australian news before the weekend.

Under the media code, Facebook and Google will have 90 days to reach compensation agreements with news publishers. It also includes a mandatory arbitration process if an agreement on fees can’t be reached. It also asks tech companies to give advance notice to news organizations about upcoming algorithm changes.

When Facebook cut news from Australian users, Josh Frydenberg continued negotiations with Zuckerberg which led to Facebook reversing its news blockade in exchange for amendments to the code.

Among the concessions, first, the officials must consider whether a company has made a significant contribution to the sustainability of the Australian news industry via voluntary commercial agreements before designating it a “digital platform” subject to the law.

Second, companies that are designated as digital platforms are given a 30-day notice, providing time to strike deals with publishers.

Third, the code only applies to platforms that intentionally make news content available.

The new law will be reviewed by Treasury within one year to ensure it is working as intended.

The new Australian law is most likely to inspire similar legislation around the world. The law is currently designed to target Facebook and Google only, but in the future, it could be expanded to other platforms as well.